Getting up this morning was extremely hard work. We had to be ready to go at the hotel reception for 11:30 and I was dreading the journey. I already get travel sick and we were sharing a car (what I thought would be a car) with a few other people when I was feeling slightly hungover. They picked us up on time in a ‘Jungle truck’. It was a truck with bars around the side that you held onto… This was going to be fun. The other couples we picked up where nice and friendly and told us all about what they had got up to on their holidays.

It was an hour or so journey to the Elephant Jungle Sanctuary Phuket. When we arrived we had to go up a few narrow bumpy streets into the jungle where the sanctuary was, so that the elephants can feel most at home. We spotted some of the elephants straight away and were allowed to stroke them as soon as we got out the truck, as we waited for the rest of the group to arrive. We could see three fully grown elephants and a baby elephant who they said was being naughty and playing up. When the rest of the group arrived we were taken to a long table where we could keep all of our stuff and we had a talk about the history of the sanctuary and to learn about the elephants. The Elephant Jungle Sanctuary rescue elephants from shows and circus’ as well as elephants that have been  used for ‘trekking’. They save them and bring them back into a better state giving them a new life and new freedom within the jungle. After the talk, we had to prepare the food to feed to the elephants. We broke of bananas and cut up watermelons and put them into baskets, before carrying them into the wooded area. We then fed and stroked the elephants and it was amazing to see how happy they were compared to the elephants we had seen on the mountain side. They were playful and funny apart from one elephant that was grumpy. We then walked back down with the elephants and got changed into our bathing suits ready to wash and clean the elephants. The elephants waded into the mud pool where you could get in and cover them in mud and then they went into the water pool to wash off. After that, they came out and stood under the showers where you could scrub them. It was so surreal, I am so happy to experienced something so amazing. After that, we headed back to get washed and dry, before sitting down and having some food and drink. I then noticed that there were stalls around the back of the sanctuary, they sold ornaments, keyrings, clothes, candles… and all of the money went towards the elephant sanctuary. I got most of my Christmas presents from these ladies and it was a nice extra gift to my friends and family to know that the money for their present went towards helping the elephants. After buying almost everything, it was time to head back in the caged truck.

We went in the pool when we got back and chilled out for the rest of the day as it was boiling and we were already tired. We decided to have a chilled night in and get a takeaway pizza and sit on the balcony. We only had a few more days left in Thailand 😦 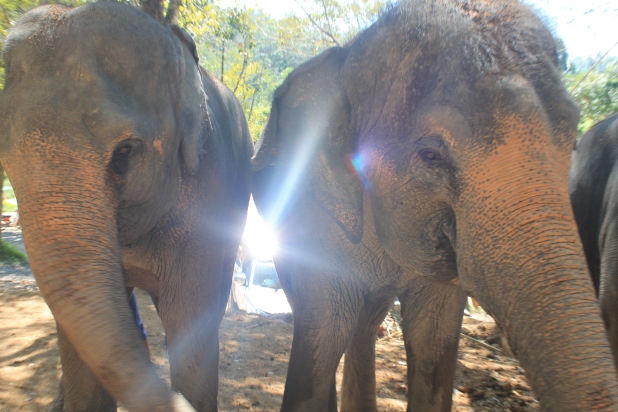 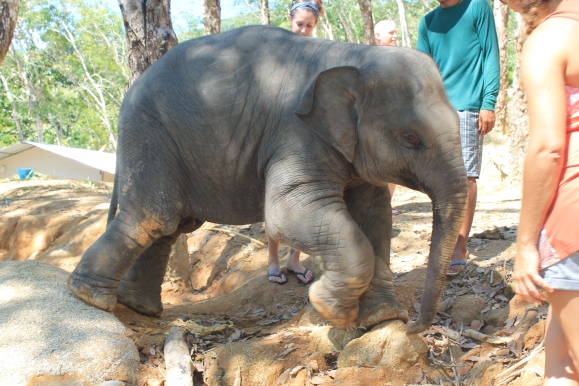 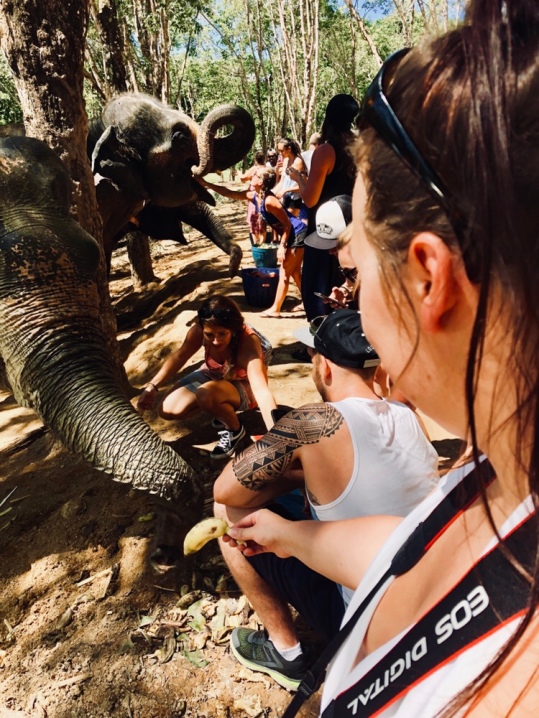 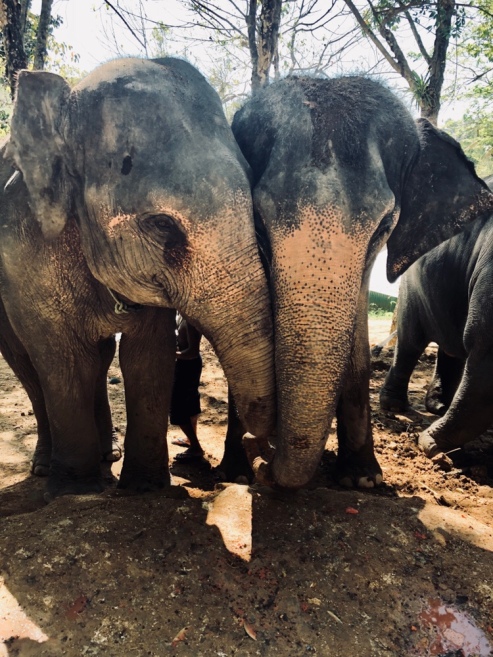