Woke up a bit later as we were both feeling slightly worse for wear. We went to get some noodles from the market near our hotel and walked down to the beach for a long chilled day. It started off quite cloudy but as we reached the beach it started to get really sunny. We stayed there until about 3ish and then decided to walk back to the hotel. We stopped at the shop for munch and drinks and found grape Fanta!!!!! It was so good. We also found an ice cream shop on the way home, ‘Skoops’. They had so many flavours and topping and sauces, I decided on Milky-Way ice cream and it was amazing. It literally tasted like the inside of a Milky-Way!!!

When we arrived back at the hotel we went down to the pool for a while. Then we went to go shower and get ready for some food. We decided to eat out at an Indian that we had spotted earlier in the day. ‘Sultan’s Bar and Grill’ was just past Bangla Road. We got the usual starters, samosas, onion bhajis, poppadoms… They were great but they did not have mango chutney and that was the only downside. We shared a portion of chips and rice and I got mushroom massala. The food was absolutely delicious. After eating, we went on a walk and found some night markets. We had a look at some of the stalls before heading upwards to the large shopping centre Jungceylon. It was enormous! There was two huge buildings with three floors and two outdoor squares too! We walked round there and a few  more markets before heading back to the hotel in a tuktuk.

Woke up bright and early and had some breakfast at the hotel. We then decided to have a beach day but buy some cans and munch from the shop. We walked there and got a few smirnoff ices that were 7%!!! We went for a swim in the sea and I read my book and did a lot of sunbathing. A few hours later we decided to try and find the elephant sanctuary office where we could book to go feed and wash the elephants because we didn’t want to ride them. I did not want to miss out on doing it as it was the main thing I had wanted to do all holiday! Felt like we were following the map for ages and it took us into the middle of nowhere, so we just kept walking and got lost. We were so fed up because it was absolutely boiling. We found a shop to get some water and just by chance, outside the shop was a woman selling the elephant sanctuary excursion!! We booked for Saturday (Day 12).

We decided to tuktuk it back to the hotel considering we had no idea where we were and have a late lunch. We could not be bothered to do anything it was so hot, 34 degrees! We walked past the bakery near our hotel and they sold chips for 40p! So we went to the shop and had chip butties, how British. I read my book until it went dark. We then went back to the room to get ready for the night. Our TV in our room only had three English speaking channels, SONY TV, Warner Brothers and FOX news. When we got in the room Sony channel was showing Dark Knight. I decided to FaceTime my mum and chill out because it looked like we weren’t rushing out anytime soon. Once the movie was over, we went out to a pizza restaurant. We had a few cocktails and chilled out watching football on TV. We walked down the beach in the dark. 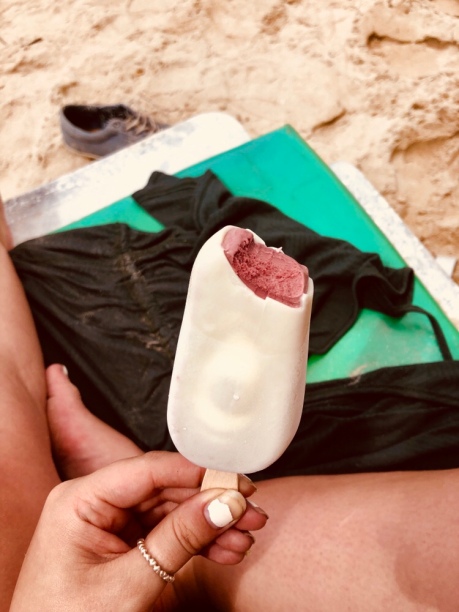 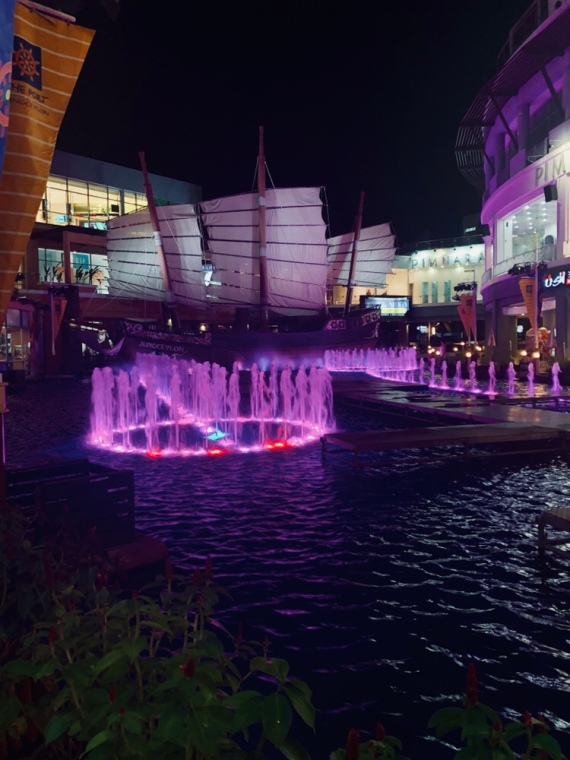 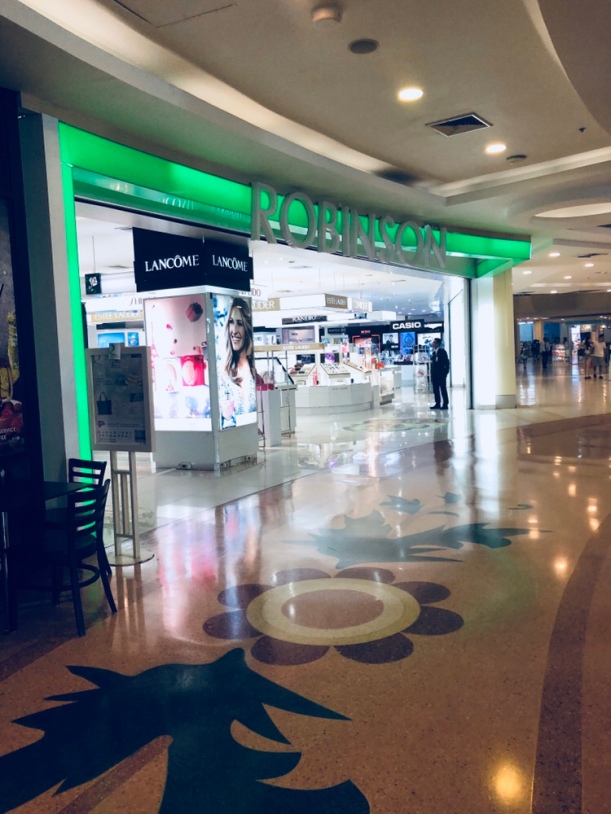 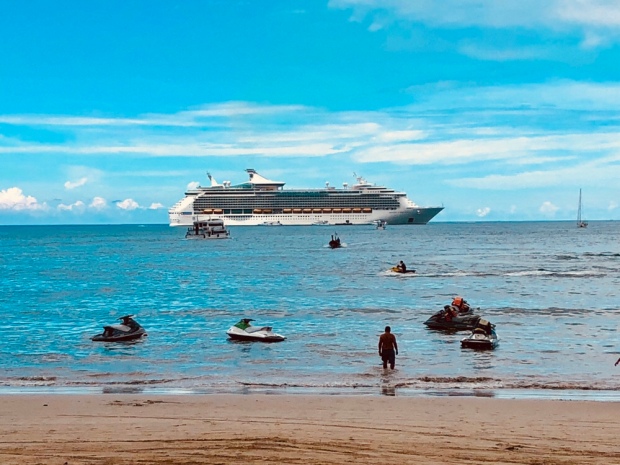